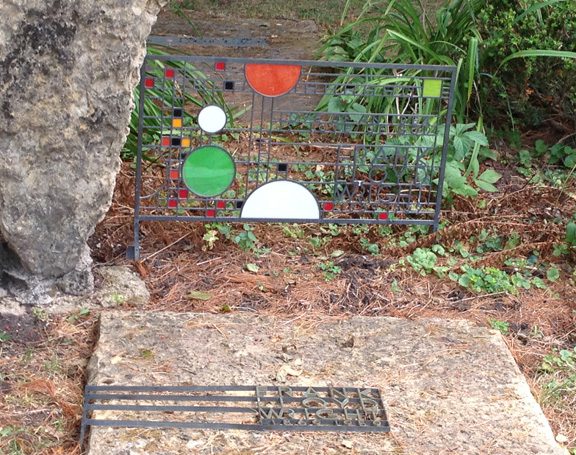 On a quiet country road, a scant mile from Taliesin, is the Unity Chapel.  The graveyard contains some of the last evidence of horrors that occurred over a hundred years ago. In the Chapel’s quiet graveyard are markers for friends and family of noted architect Frank Lloyd Wright. There is a small stone, tucked under a tree, for Wright’s mistress Martha “Mamah” Borthwick Cheney. There is even a large slab for Wright, though no remains are buried there.

In August of 1914, Wright was summoned by Cheney to return to his Spring Green home, Taliesin. She had telegrammed,  “Come as quickly as you can. Something terrible has happened.” Wright arrived too late. Mamah, her two children and four employees had been brutally murdered. Servant Julian Carlton had served lunch as usual. Carlton had then poured gasoline around the dining room, set fire to the house, and chased down those that escaped with an axe.

As a final, bizarre chapter, Wright’s third wife Olgivanna had him disinterred from the Unity Chapel’s graveyard. Despite strong protest from Wright’s children, she had their joint remains integrated into the walls of a memorial garden at Taliesin West (AZ).