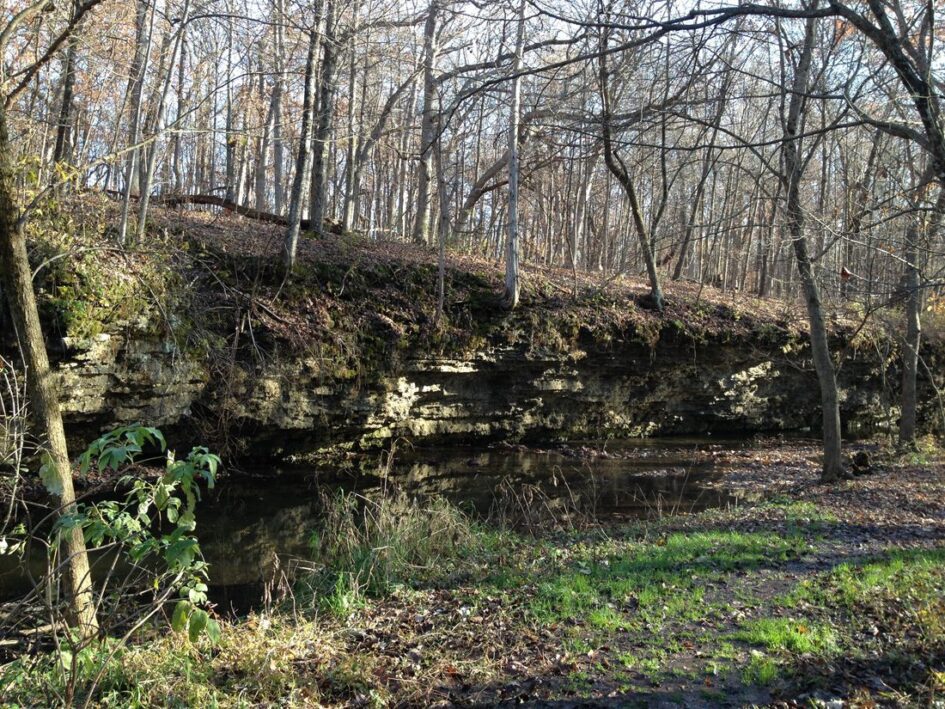 A few miles outside of Clinton WI is Carver-Roehl Counyt Park. The park is edged by large limestone walls, undercut by a shallow, sparkling stream. Paths circle the parking lot, following the meandering water on one side and up around the edge of cornfields on the other. It also contains the graves of two of the earliest white settlers in the area, dating back to the 1840s. The park did sustain some flood damage at one point and at least one of the small bridges looks a dodgy, twisted mess (though surprisingly sturdy to walk on).

As an odd side note, there are also not one but two tanning/coffee shops to stop by on the way (Tan-a-latte and Cupputan). Go figure.