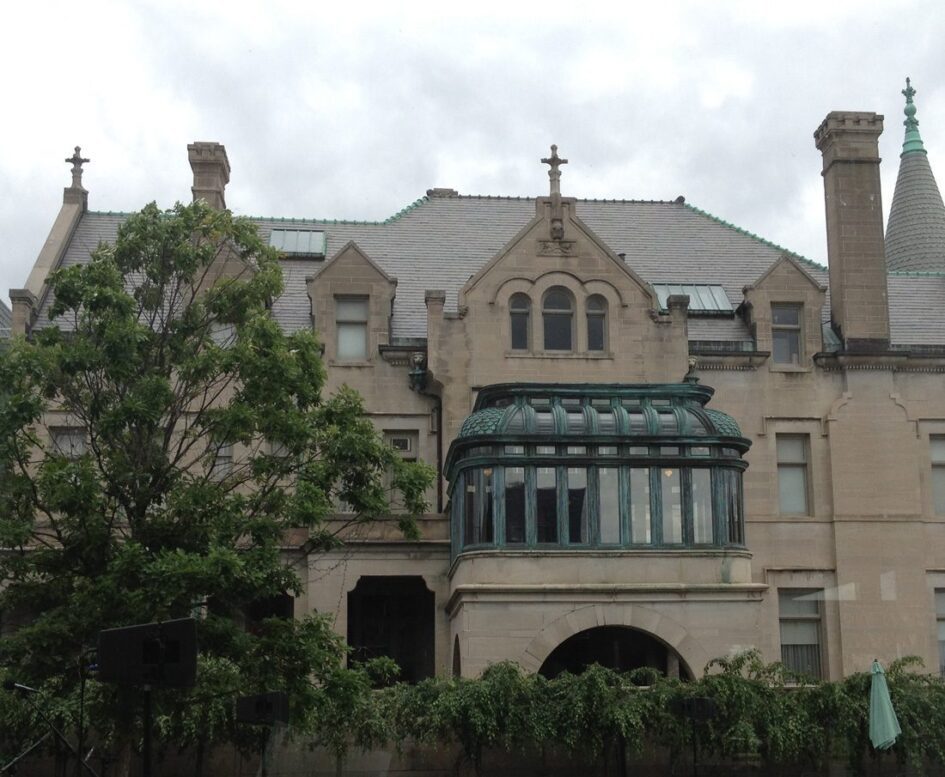 The American Swedish Institute is likely the most ornate house in the midwest open to the public. The original owners, the Turnblad family, made their fortune with a Swedish language newspaper. The mansion has every feature de rigueur to the turn-of-the-centruy rich. Rooms are covered with rich carvings (most done in place), stained glass, painted mosaics and numerous intricately tiled Swedish kakelugn stoves for heat.

However, according to the wonderfully interesting docent, the family never felt comfortable in the massive mansion. They took all their meals and spent most of their time relaxing in their library, with its 10,000 Swedish titles. The grand dining room, sitting rooms and other lavish and showy spaces were rarely seen by guests. The grand ballroom and stage on the third floor was only used once during  the family’s occupancy.

When the Turnblads moved out (to a more modest apartment), they turned their palace over to what is now the American Swedish Institute. The ultra-modern addition across the courtyard houses a gift shop, Swedish cafe, gardens and public space for weddings. The basement of the house now houses the book collection and offers Swedish classes. 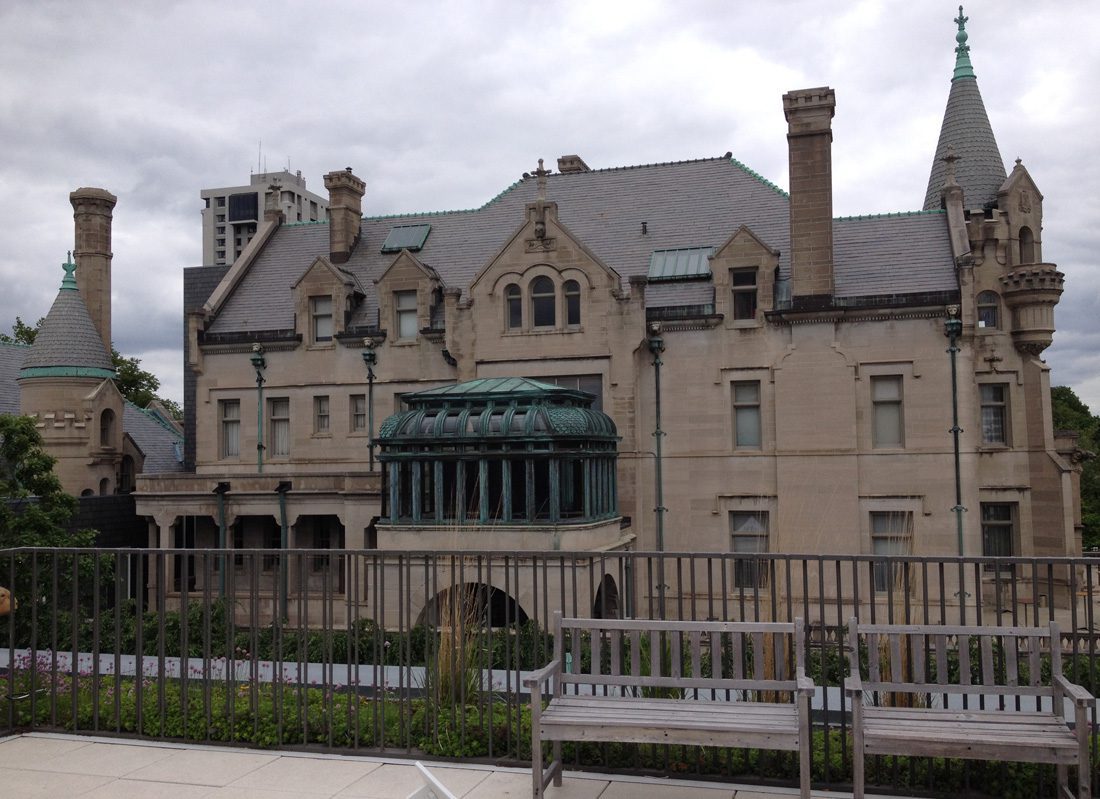